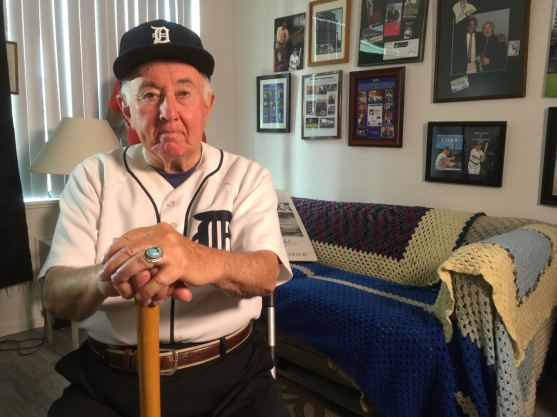 Norm Coleman has a lifelong habit of following his dreams. His successful wedding photography studio in San Mateo, CA, sustained his family for many years. A self made businessman of notable acclaim, Norm reached the highest levels of professionalism in his field.

He welcomed a challenge and never gave up until he achieved it.  He vowed to become as good as the best. Seven years later, he became an award winning professional. His claim to fame, aside from photographing Willie Mays twice & Joe Montana, was photographing President Ronald Reagan.

Beyond the lens, Norm eventually developed a passion for acting.  He recreated his life at 67, and became an actor. He spent 3 years researching and created a script for famous Detroit Tigers baseball player Ty (The Georgia Peach) Cobb. Norm performed his One-Man "Ty Cobb Show" over 100 times in venues throughout the San Francisco area. The Detroit Tigers hired Norm, sending him to Lakeland, Florida. He followed that event performing at the Ty Cobb Museum in Royston, GA twice, 2008 & 2018, Atlanta, GA, Aiken, SC. President Ford Library, Grand Rapids, Mi, Boston, MA, Victoria, BC, Canada and theaters in San Francisco, Pasadena and many  other notable venues.

Norm soon wrote and published “The Life & Times of Ty Cobb” via Amazon.com, and later Released the Ty Cobb DVD on his website. Feeling that there was more to be done, he wrote and published his latest title, “Mascots In Baseball”, a children's book featuring 73 MiLB mascots with colorful photos.

As always, he has no intention of quitting and is in the process of collecting even more mascot bios and information for his follow up book- "Mascots In Sports.”

When asked by a reporter how he been able to stay so occupied at the age of 85, Norm responds,

'I love what I do, I do it with passion, it keep my brain busy and I still ride my tricycle for exercise.”